LIGHTNING, a legend in four seasons.

This panorama is a filmic zigzag that forks out like a bolt of lightning.

Its subject straddles several countries and centuries simultaneously. Its form is somewhere between documentary and legend. 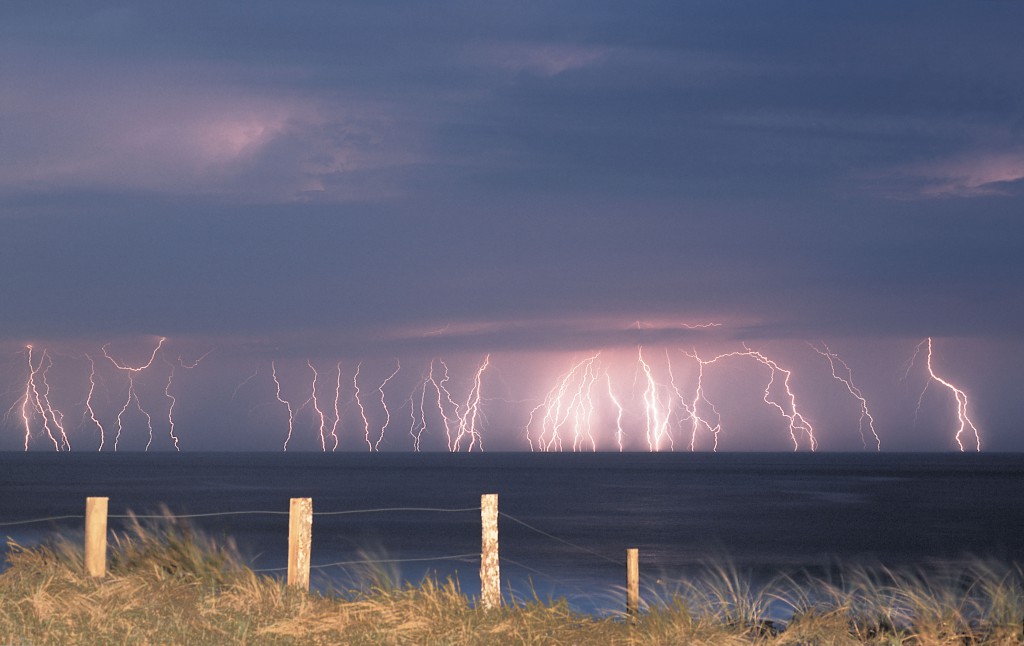 Autumn follows a lightning hunter, associated with Baal, Syrian God of Lightning. A visionary, Baal screens 25 years of video archives of lightning and gives us the scientific key to unlocking this fabulous and devastating phenomenon. Five of the lightning-struck reenact their ordeals at the very locations where they were struck, places to which most had never before returned. The voice of Baal is interpreted by singer and guitarist Rudolphe BURGER.

Winter strives to analyze melancholy, the final stage of depression, and the ways in which it can be overcome. A psychiatrist personifies Saturn, the god and dark planet. He travels to Africa and Syria to find both his own roots and the source of certain ancestral practices: a ritual performed by women deep in Guinea Bissau, spinning dervishes, and a torpedo fish which, in the ancient city of Aleppo, held the secret to wellness. At the same time, five melancholic patients, seen in slow-motion in the places that represent their existential angst, describe their long and unique journeys back to themselves and the light.

Spring resuscitates Symeon the Stylite, a god maniac who lived atop a column for 40 years. Symeon was struck dead by a bolt of lightning in the desert of Cham near Palmyra, Syria. But he also digs for lost artifacts. He tells the true story of Aleppo soap and its cauldron filled with myths. He tells how, every spring, lightning engenders an aphrodisiac truffle called Kama which goes by the name of “Allah’s vegetable” in The Arabian Nights.

Summer, based on the text of Marivaux’s DISPUTE, stages the earth-shattering meeting between two intense creatures, Azor and Eglé, who are stranded on the island of Sutra. On this island paradise, they eat Kama, the forbidden fruit and, though madly in love, are expelled. They are studied like atomic lab mice from the time they first see light in the 18th century to today when they are plunged into darkness.

The branches Baal, Saturn, Symeon, the Melancholics and the Lightning-struck are finally united and join the battle-weary lovers at the nocturnal lightning ball.