LIGHTNING is a legend in four seasons produced by Mezzanine Films (Mathieu Bompoint) and Envers Compagnie (Manuela Morgaine). This panorama is a filmic zigzag that forks out like a bolt of lightning. Its subject straddles several countries and centuries simultaneously. Its form is somewhere between documentary and legend.

I made this 3 hr. 50 min. feature between 2004 and 2012 against all odds and without the support of film and television institutions.

Having produced the film almost singlehandedly, with the help of adventurous producer Mathieu Bompoint of Mezzanine Films – a film that was shot in five countries around the world including Africa, Syria, Libya and Tunisia, countries where it would unthinkable to shoot today – it is vital for the film and its distribution that it benefit from a community of enthusiasts or cinephiles, if it is to gain visibility and not be choked out by more commercial films.

We know that, to achieve this, we’ll need to move mountains to succeed in giving the film the visibility it deserves. That is the only way it can continue to be screened in the jungle of commercial film releases.

If you want to support the movie, you can book now (special rate for this early booking) the coffret box including 2 dvds + 1 book available in May 2015 and distributed by the arthouse independant movie company SHELLAC. 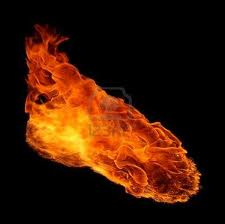